It’s no secret that England is home to some of the most beautiful villages. Across the nation thatched cottages, country pubs and cobbled streets offer a peaceful escape from city life. But what many people don’t know is how close to London many of these stunning spots are. We’ve tracked down seven gorgeous chocolate box villages within 90-minutes of the capital by train. This means you can pick where to go over elevenses and be dining in a country cafe by lunchtime. 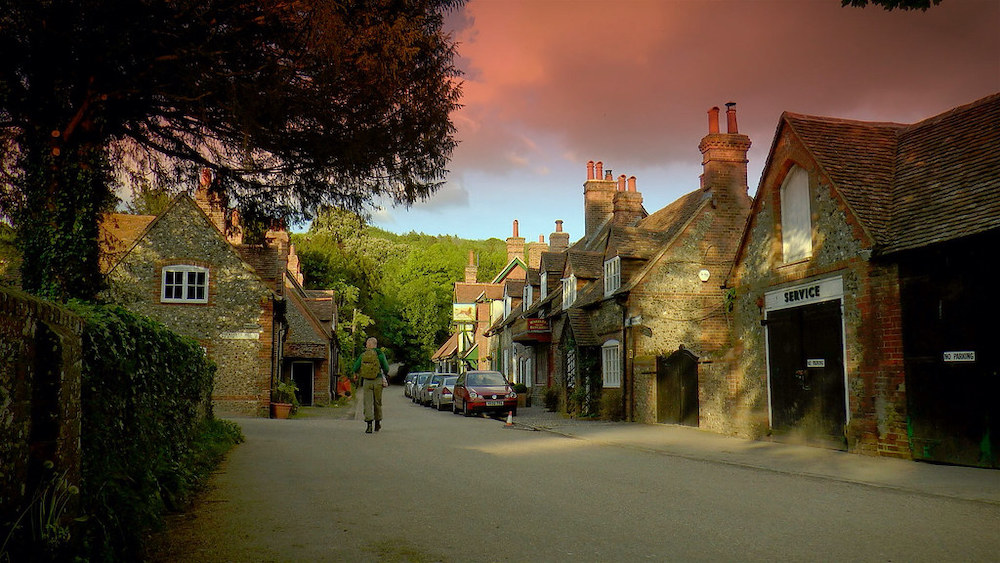 The Chilterns Area of Outstanding Natural Beauty is 320 miles of rolling hills and amazingly fresh air. It’s hard to believe somewhere so clean and green sits this close to central London. Dotted across the countryside are dozens of pretty villages, the best of all of being Hambleden. Tour the village’s 14th century church, stop off at its historic bakery and have aa picnic on the banks of its babbling brook.

Getting there by train: An 80-minute journey. Catch a train from Paddington Station to Twyford, and then from Twyford to Henley-On-Thames. Walk a couple of minutes from the station to Bell Street and catch a bus to Greenlands, where you’ll be a short walk from the village centre. 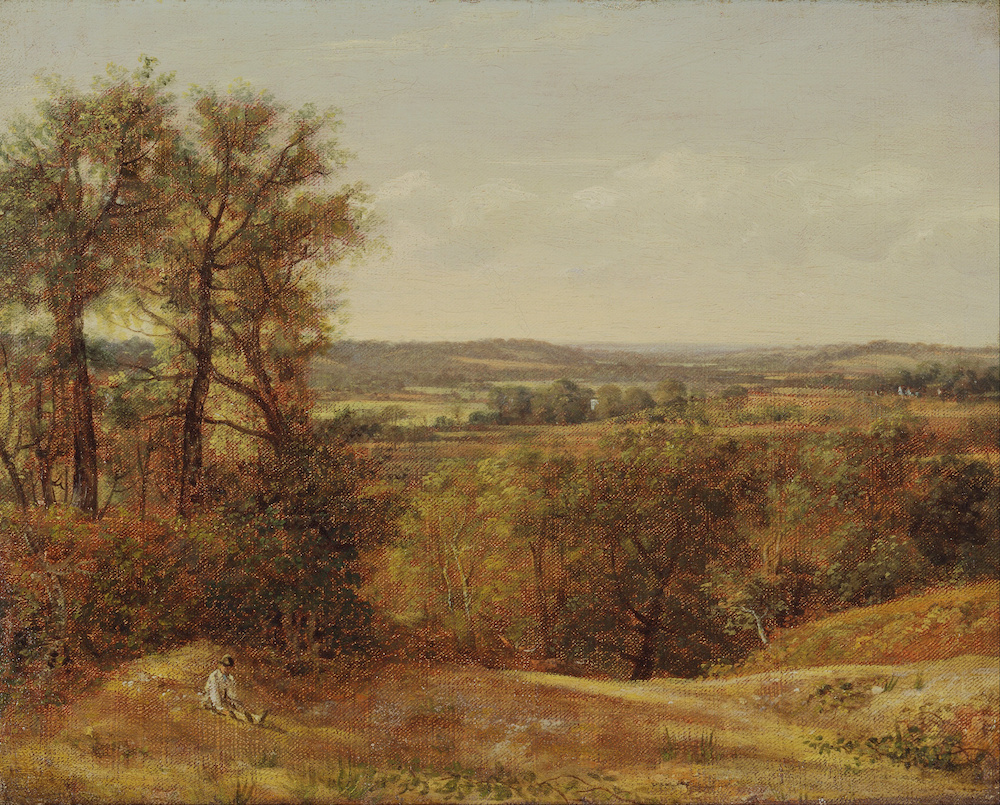 John Constable was an English painter who spent most of his life capturing the English countryside. Today, the area he saw as the most worthy of his artistry is known as ‘Constable Country’ and right at its heart sits the tiny village of Dedham. Still as charming as it once was when captured by one of England’s most famous artists, Dedham is a gorgeous assortment of timbered houses and country pubs.

Getting there by train: A 90-minute journey. Catch the train from Liverpool Street to Colchester Station and then get a bus from Railway Station Layby (Stand Ea) to The Marlborough Head.

Getting there by car: A two hour journey via the A12.

Anywhere nestled inside South Downs National Park is going to be picturesque but the country village of Lurgashall is pretty gorgeous. Surrounded by some of the best walking routes in the UK, even just getting to Lurgashall is a way to see some of our country’s finest scenery. The English village is home to a cricket pitch where you can spend a happy Saturday sipping a flask of tea, nibbling on a crumpet and watching the locals play one of England’s oldest sports.

Getting there by train: An 80-minute journey. Catch the train from London Waterloo to Haslemere. Here, you’re around six miles from the village. However, buses are slightly unreliable so it’s easiest to finish the journey with a 15-minute taxi ride.

Getting there by car: An hour and 50-minute journey via the A3. 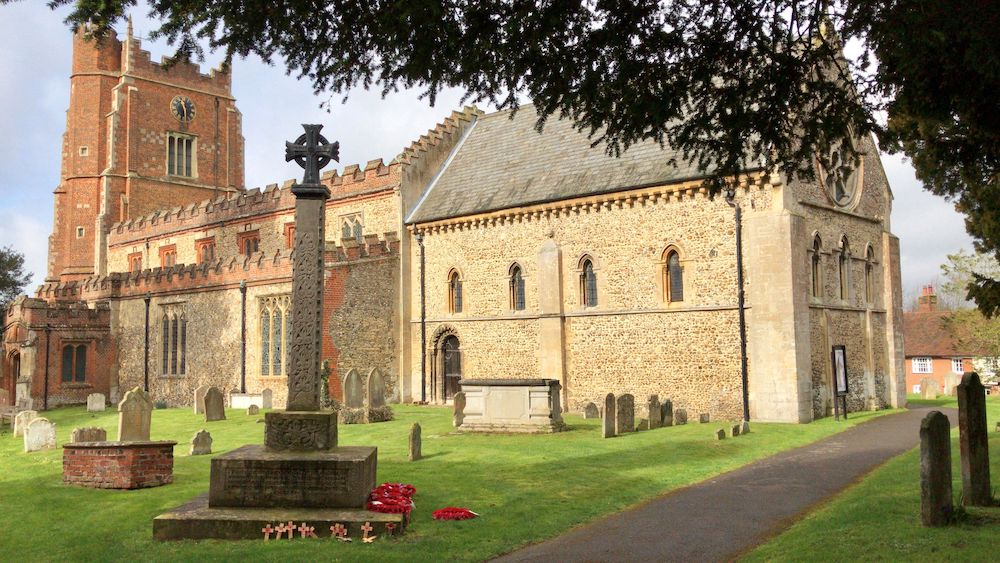 While Hedingham’s fairytale castle gets a fair few visitors each year, the village itself stays surprisingly quiet. But don’t let the lack of tourists deter you. If anything, we think it’s Castle Hedingham’s biggest strength, allowing the high street to stay entirely unspoilt. While here, make sure you hop aboard the 150-year-old Colne Valley Railway, a picture-perfect steam train that chugs through the heart of the valley.

Getting there by train: An 85-minute journey. Catch a train from Liverpool Street Station to Braintree. Buses are a little sparse so it’s best to get a 15-minute taxi ride to the village. 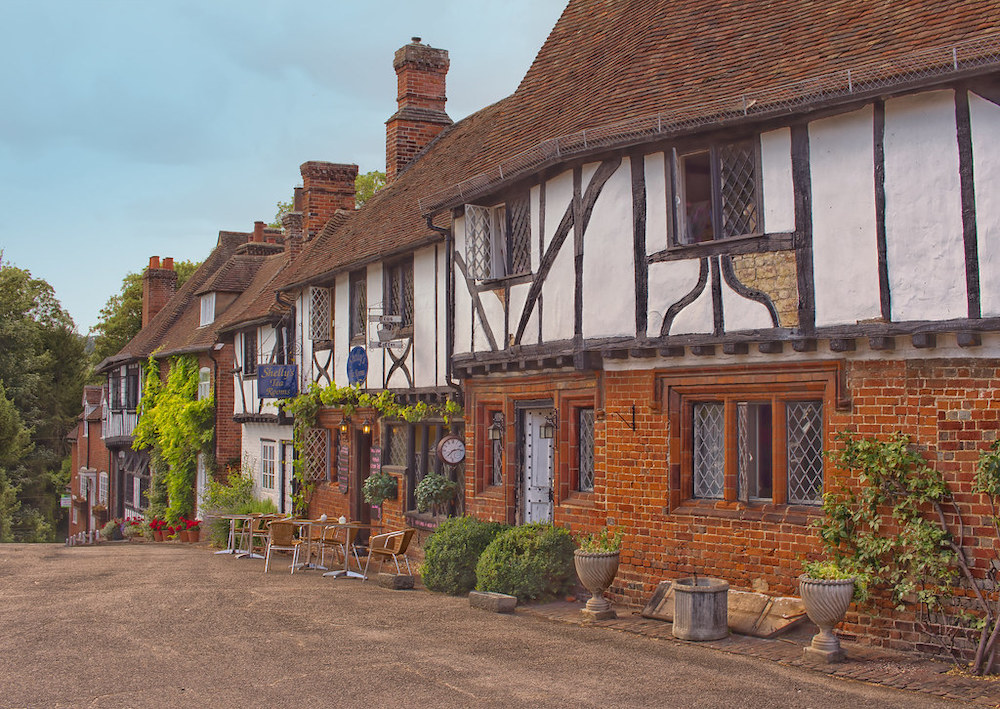 Step inside this picturesque village and you step back to medieval England. With a considerable portion of its architecture dating back over 1,000 years, Chilham feels like a slice of a long-forgotten past. On the northern side of the village, sit 15th century, timber-framed houses, while the beautiful St Mary’s church lies to the east. To the west, Chilham is slightly more modern but no less idyllic, offering picture-postcard cottages, surrounded by white picket fences.

Getting there by train: An hour journey. Catch a train from St Pancras International to Ashford International and then another straight to Chilham Station.

Getting there by car: An hour and 40-minute journey via the A2 and M2. 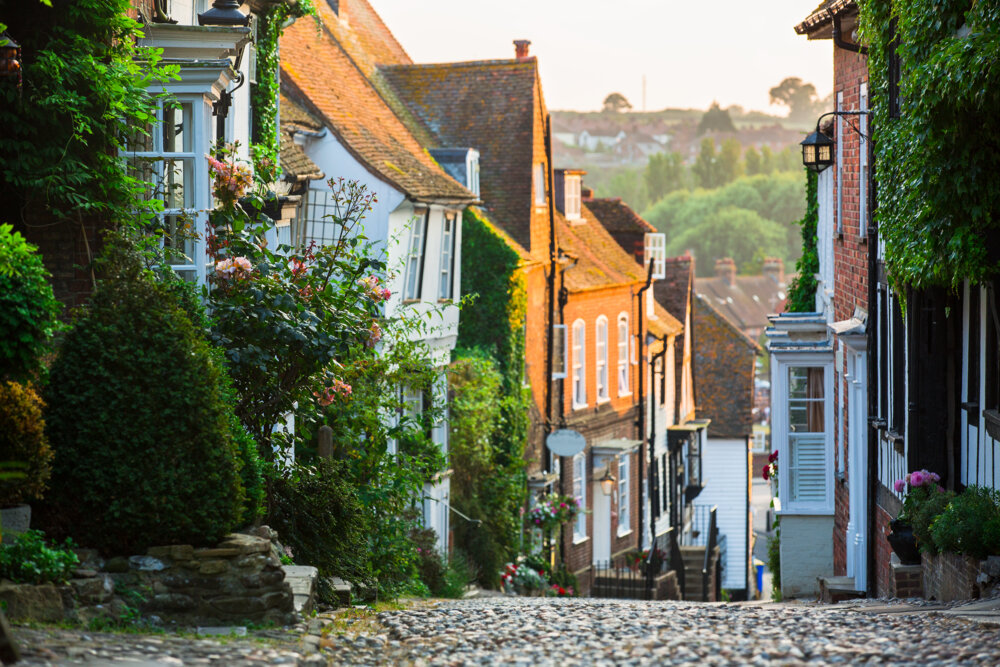 While technically a town, Rye has all the charm of an old English village. One look at its architecture and you’ll see why we couldn’t leave it off our list. In Rye, cobbled streets are lined by crooked, medieval houses giving off a magical aura. Even its road names seem mystical. From tea rooms on Mermaid Street to wood-beamed houses of Wish Street.

Getting there by train: A 70-minute journey. Catch a train from St Pancras International to Ashford International and then another straight to Rye station.

Getting there by car: A two-hour journey via the M20.

From thatched roofs to cobbled lanes, country pubs to cricketers on the village green, Finchingfield is home to everything on the English village checklist. It also boasts an impressive selection of historic buildings. This includes the former home of 101 Dalmatians author Dodie Smith and Spains Hall, an Elizabethan country house which has passed through the hands of history’s wealthiest families and now belongs to Jamie Oliver.

How to get there by train: A 90-minute journey. Catch a train from Liverpool Street Station to Braintree. Buses are a little sparse so it’s best to get a 20-minute taxi ride to the village.

Getting there by car: An hour and 40-minute journey via the M11.

Hi, I’m Callum, and my job is to help you discover the UK. My love for staycations started with an unforgettable trip I took when I was twelve. I visited Devon with my family. We soaked up sea views, wandered the moors, and watched the sunset over the south-west coast. Since then, I’ve travelled around the globe, and seen some truly incredible things, but nothing has quite managed to capture the magic of that Devon getaway.