Ten of the best views in Ireland

Ireland is an incredible nation. From its rolling green hills and wild coasts to that Celtic magic that makes the air sparkle, it’s a country that was made to be admired. If you look up a list of the most beautiful countries in the world, although a sun-soaked island usually steals the top spot, this emerald beauty is never far behind. So, while it was hard to whittle down this list to just ten stunning sights, read on to find our picks for the best views in Ireland.

Ten of the best views in Ireland

Best for: A slice of Irish folklore 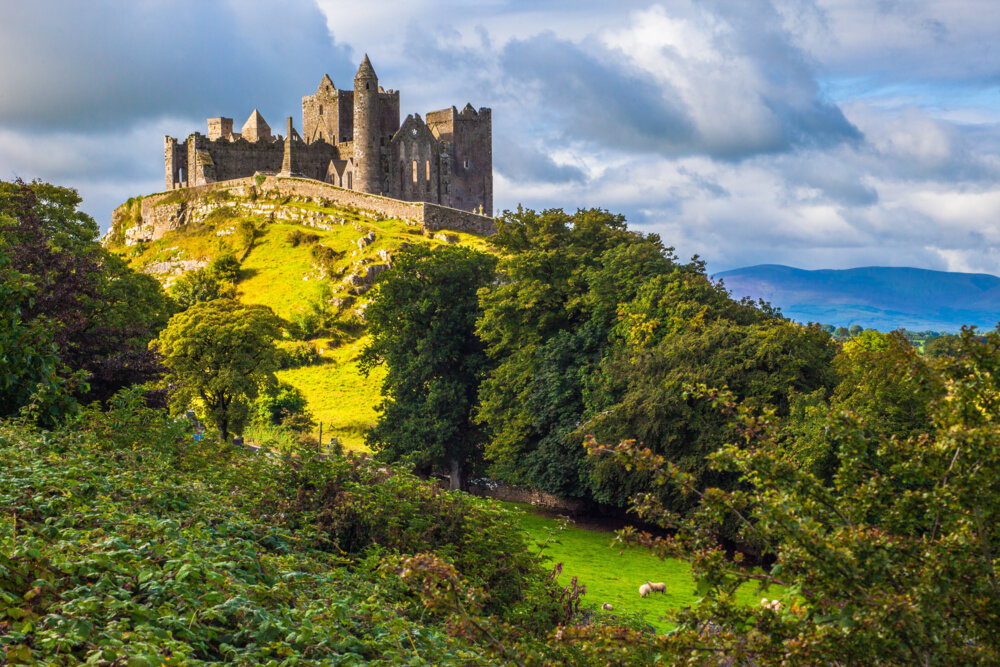 According to local legend, the Rock of Cashel came from a mountain 20 miles northward, known as the Devil’s Bit. There, in a mighty display of righteous power, St Patrick banished Satan from a cave, causing the stones to fly South and land here in Tipperary. Sitting atop a hill, as if surveying the local landscape, the Cashel holds a mysterious, Celtic charm and is regarded as one of the most remarkable examples of medieval architecture anywhere in Europe. 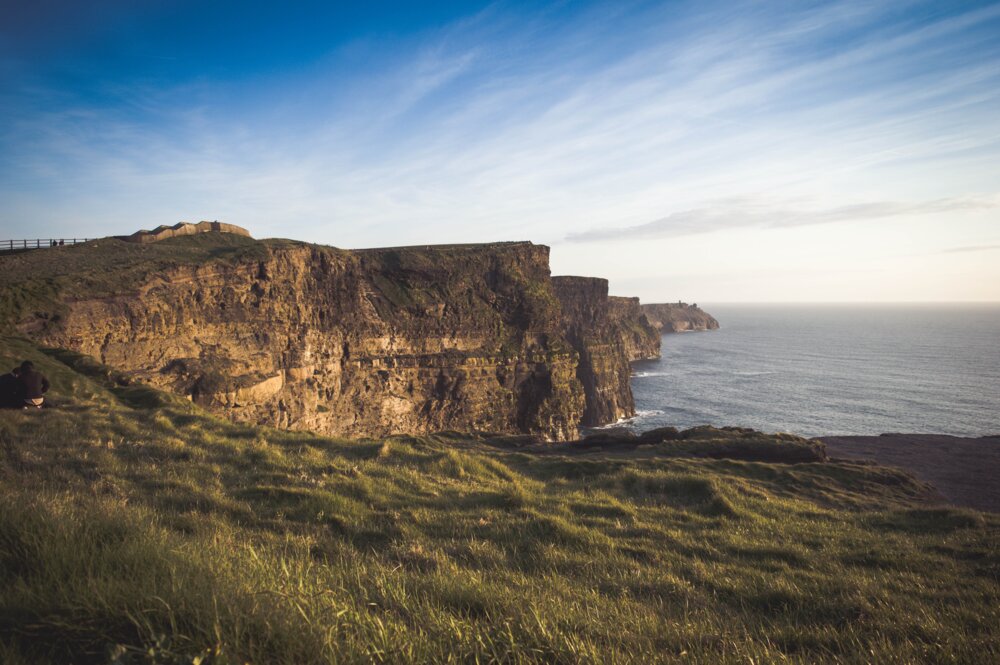 It takes a lot to be named a UNESCO Global Geopark. One of only two places in the country to have been deemed worthy of the award, it is given to sites of international significance, undeniable importance and outstanding natural beauty. These iconic cliff tops, which erupt from the sea to over 700 feet high, are one of the most dramatic views in Ireland. For a day full of stunning sights, we recommend heading from the cliffs to the Aran Islands, perhaps with a picnic in between.

Best for: An unmistakably feel 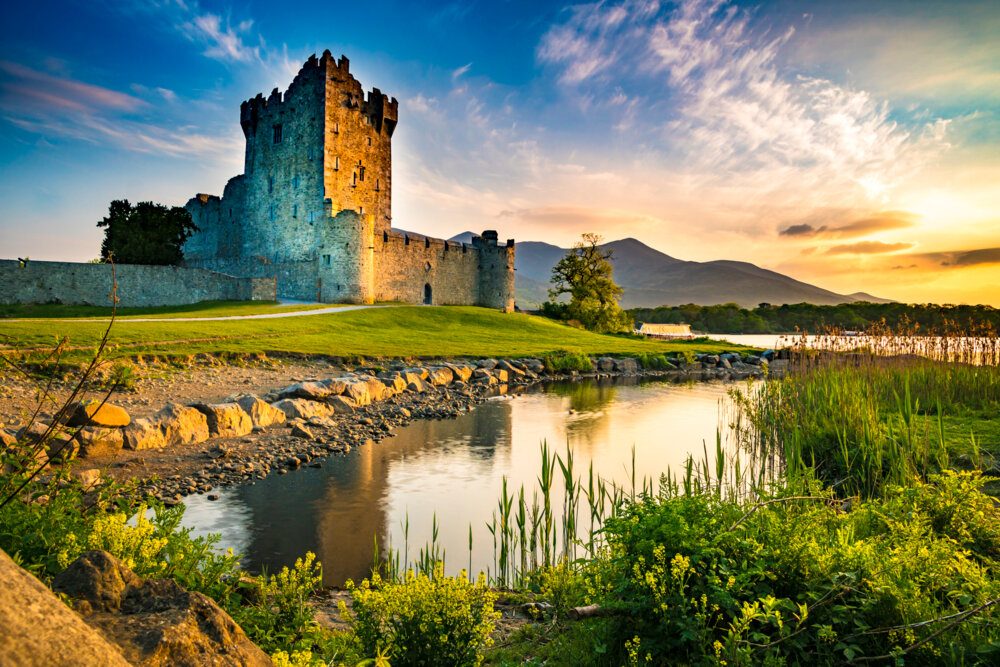 Sat on the shores of Lough Leane, Killarney is a town that exudes the essence of Ireland. Quaint, quiet and home to that sparkling magic that only exists in the Celtic nations, whichever direction you face you’ll be treated to a spectacular photo opportunity.

Our favourite place to stand and soak up the incredible sights, however, is on the banks of Lough Leane. Not only is the lake one of the most peaceful places we’ve ever seen, but it’s also ideal for fishing, swimming and whatever water-sports you’re craving. 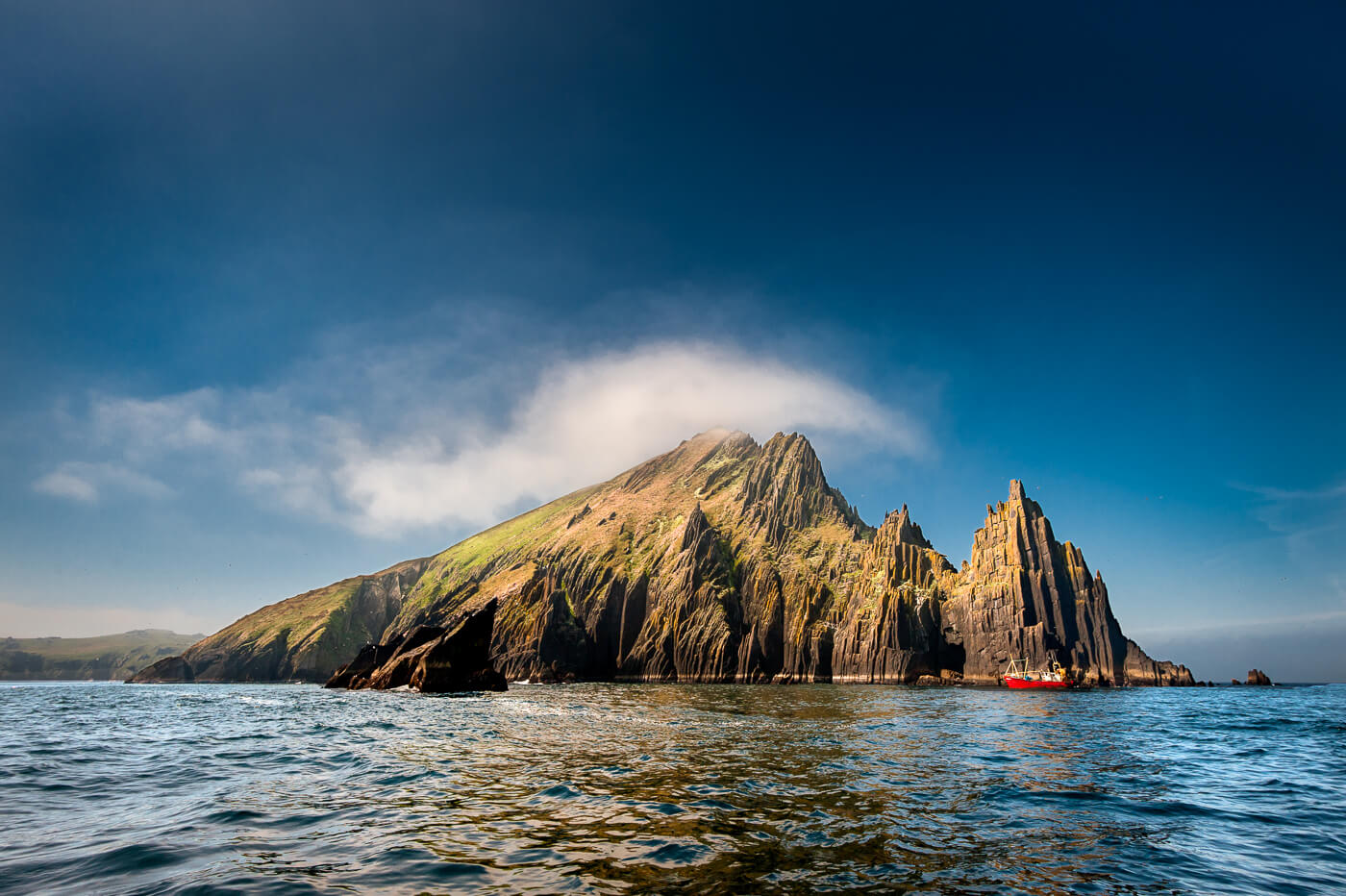 Nestled on the edge of County Mayo, a little over two hours drive from Galway, this rugged rock formation has been formed by thousands of years of stormy seas. Erupting out of the foamy waters, the wild Atlantic Ocean has worn away at the rocks with a remarkably artistic touch, creating a towering natural cathedral. Today, the Cathedral Rocks point proudly out to sea as if keeping watch over all of Ireland’s intrepid sailors. 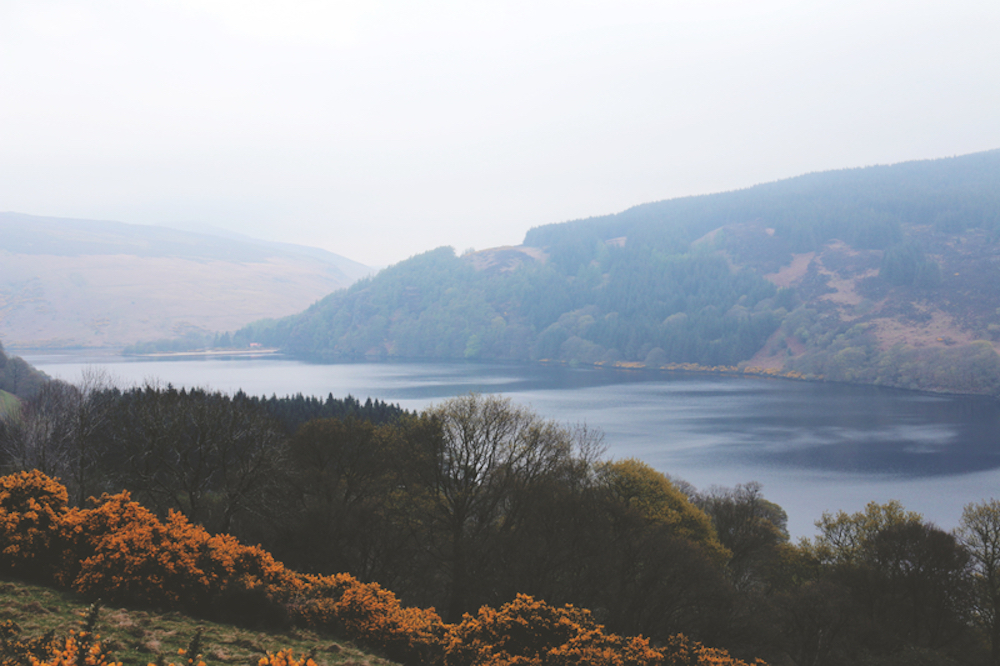 Nestled just West of Dublin, beside the Wicklow Mountains National Park, Lough Dan is the kind of place you picture when you close your eyes and count to ten. Lying at the base of Ireland’s wonderfully named ‘Fancy Mountain’, this glistening ribbon lake is peace and quiet brought to life. In our opinion, it’s hard to feel more tranquil than when you’re sitting on the Lough Dan’s beautiful banks, with a crisp Celtic breeze running through your hair. 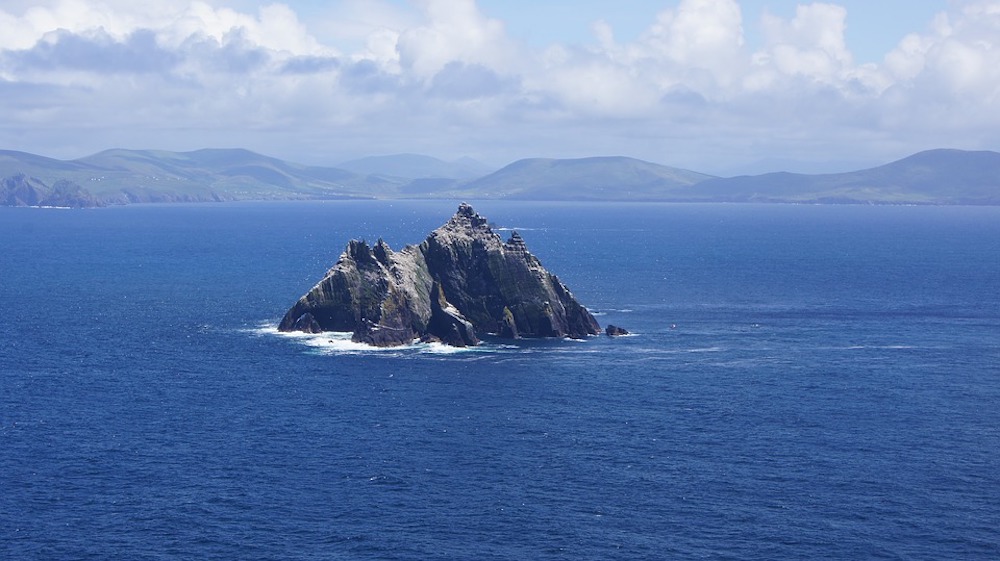 The Skellig Islands lie a few miles off the coast of Portmagee. Small and mysterious from a distance, they look like mythical sea creatures rising from the water in search of prey. At 218 metres tall, Skellig Michael towers above the rest.

When you step onto his sea-soaked shores, it’s easy to feel like you’re the first human ever to visit. But, climb to his summit, and you’ll find a remarkably well-preserved settlement from the 6th-century, hidden amongst the mist.

One of the most famous tourist attractions in Ireland, the Giant’s Causeway was the first place in the country to be named a UNESCO Heritage Site, standing alongside the Taj Mahal and the Great Barrier Reef. This world-famous geological wonder is the home of countless myths, legends and 40,000 basalt stone columns, forced out of the earth by volcanic eruptions over 60 million years ago.

Best for: An essential tourist spot

The Iveragh Peninsula is one of those places that’s on every tourist’s to-do list. Even putting its peaceful beauty aside, it’s the country’s largest South West peninsula and home to the tallest mountain in Ireland. If you’re after a scenic drive, we recommend a road trip from along the Ring of Kerry.

Maybe the most famous road circuit for tourists in South West Ireland, with so many stunning spots scattered across the edge of County Kerry, it’s undoubtedly the best choice for sightseers with a car.

Best for: Standing on top of the world

At almost three times the height of the Cliffs of Moher, Slieve League Cliffs aren’t just one of Ireland’s most stunning sights, they’re a day-long adventure just waiting to happen. If you’re after a Snaptrip approved route to the top, we recommend following this mountaineering guide. While it is quite a trek to the cliff top, the feeling when you reach the summit is unbeatable. Standing on Slieve League, hundreds of metres above the sea, is like standing on top of the world.

For decades, Dún Aonghasa has been at the top of to-do lists for not just tourists and lovers of the Irish countryside. It’s also a marvel for archaeologists and scholars who read these beautiful rocks as a tale of centuries of human civilisation. Set 300 feet above the wild Atlantic Ocean, this prehistoric stone fort is widely regarded as one of the most important historic structures in the world.

Hi, I’m Callum, and my job is to help you discover the UK. My love for staycations started with an unforgettable trip I took when I was twelve. I visited Devon with my family. We soaked up sea views, wandered the moors, and watched the sunset over the south-west coast. Since then, I’ve travelled around the globe, and seen some truly incredible things, but nothing has quite managed to capture the magic of that Devon getaway.