Easter falls in April this year, making it a great time to book a holiday with your family, friends and loved ones. It’s an ideal time of year to go away in Europe as the sun is starting to shine and the crowds have not yet formed. Here’s our guide on where to go in April 2020.

Best for: Tapas in the sun

Featured property: El Lugar de Paco is a detached holiday home with a swimming pool, located in an Andalusian valley close to the city of Malaga. 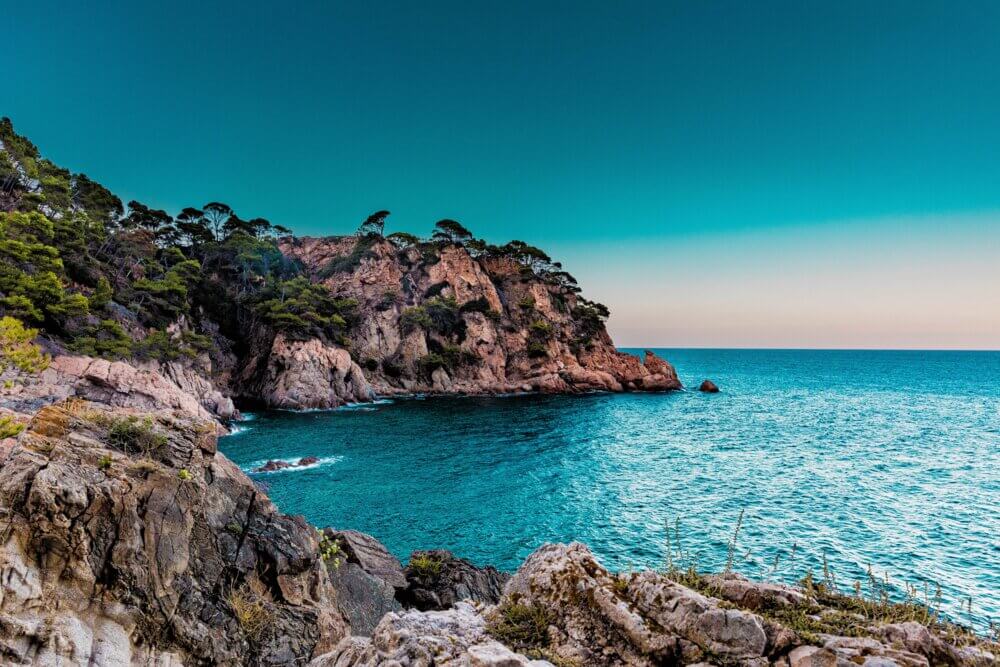 Drenched in sunlight and bursting with delicious food, a holiday in Spain will brighten your mood and taste buds. Buzzing cities like Madrid, Barcelona and Seville boast impressive foodie and art scenes, and April is a good time to visit. Watch the wild Atlantic breakers crash into dramatic cliffs on the northern coast, while sunbathers relax among the golden sand of the southern, Mediterranean coast.

Popular attractions include Gaudi’s La Sagrada Familia in Barcelona, the Guggenheim in Bilbao, the Alhambra in Granada and the Real Alcazar palace in Seville.

Best for: Fresh seafood and dips at a taverna 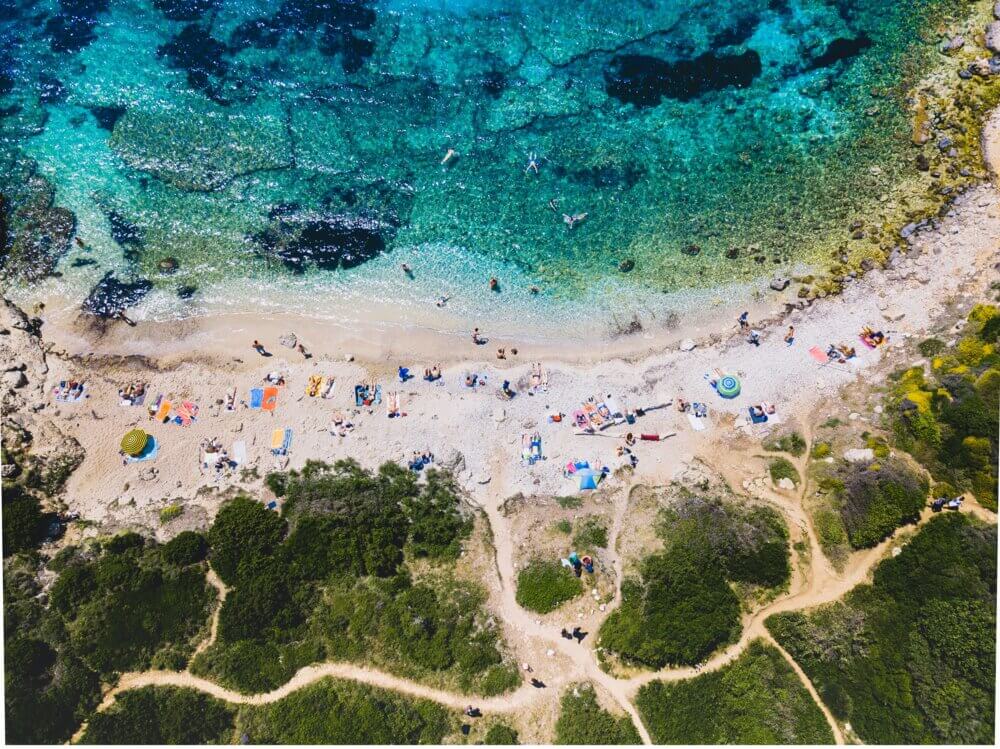 The birthplace of democracy and cornerstone of modern civilisation, Greece is a special country of historical importance and April is the perfect time to visit. Throughout the capital of Athens, you’ll find stunning reminders of the city’s storied past. The grand acropolis stands proudly at the top of a limestone hill and the ancient ruins of the Temple of Olympian Zeus lie scattered among modern buildings and roads.

Venture on an odyssey among Greece’s 227 inhabited islands to taste the splendour of freshly caught seafood and famous homemade dips at a taverna. Perfect with a whiff of sea air, an entertaining waiter and an ice-cold beer.

Featured property: Casa Tavira is a pleasant holiday home with a terrace and pool on Portugal’s Algarve coastline. 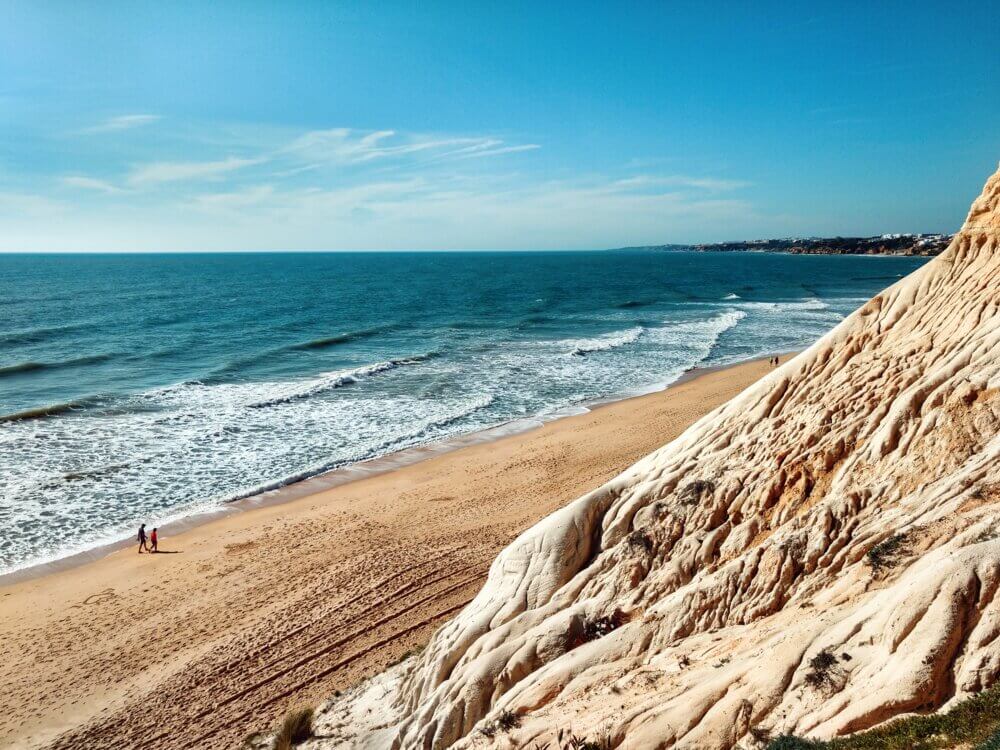 Portugal is home to glorious verdant valleys, picturesque beaches and dramatic mountain ranges. The warm culture is very much focussed on the family, so expect to see restaurants and cafes filled with three or more generations at all times of the day. Popular snacks include delightful pastel de nata custard tarts, which are best enjoyed with an espresso.

The capital, Lisbon, is a colourful city spread among seven prominent hills. Porto lies on the banks of the River Douro and features a picture-postcard UNESCO World Heritage Centre. Surfers flock to Portugal for some of the world’s best waves, with great surf found in the central, north, Alentejo and Algarve regions.

Featured property: Villa Fornax is a stylish and bright holiday villa with its own swimming pool, located close to the popular resort of Ayia Napa.

Holidays in Cyprus are full of sun, sea and sand. The Mediterranean island is blessed with over 400 miles of coastline, taking in popular resorts such as Paphos, Larnaca and Limassol. April is a great time to visit. The capital, Nicosia, is full of history and stands on the border of Greek Cyprus to the south and Turkish Cyprus to the north.

Whether you want to while away a week in the sun with a good book, enjoy a family getaway in warmer climes or spend a weekend partying in Ayia Napa, a holiday in Cyprus could be the option for you.

Best for: The home of pizza

Featured property: Lavanda is a cosy country house with gorgeous grounds and stunning views of the surrounding hills. It’s located close to Tuscany. 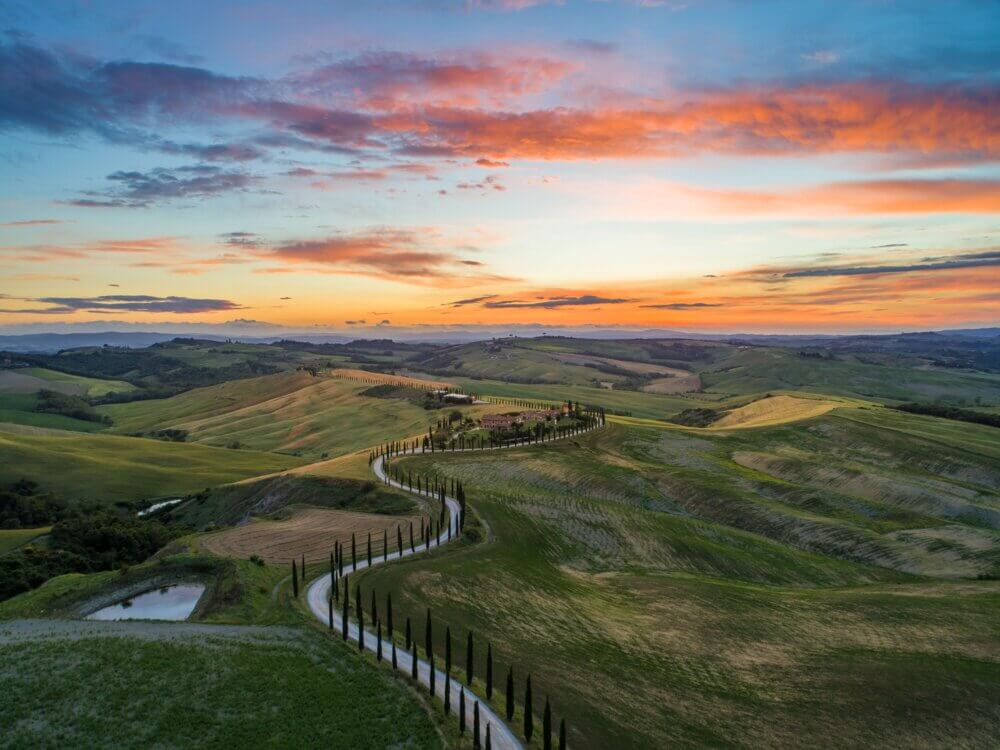 Italy is a country of great traditions, fine wines and delicious food. Famed around the globe for its iconic cuisine, this bountiful country gave the world pizza, pasta and bolognese. The capital, Rome, is full of ancient Roman monuments, like the Colosseum, the Pantheon and Saint Angel Castle. While the city of Venice is renowned for its romantic waterways and canals.

Southern Italy is bucolic and warm so a holiday in April is always a good idea. It’s home to national treasures such as the pastel-coloured patchwork scenes of the Amalfi Coast and the tremendous Mount Vesuvius near Naples, which is the only active volcano in mainland Europe.

Best for: Cheese and wine

Featured property: Moulin Loubatiere is a unique holiday property situated in a converted windmill among the picturesque hills of Roquecor. 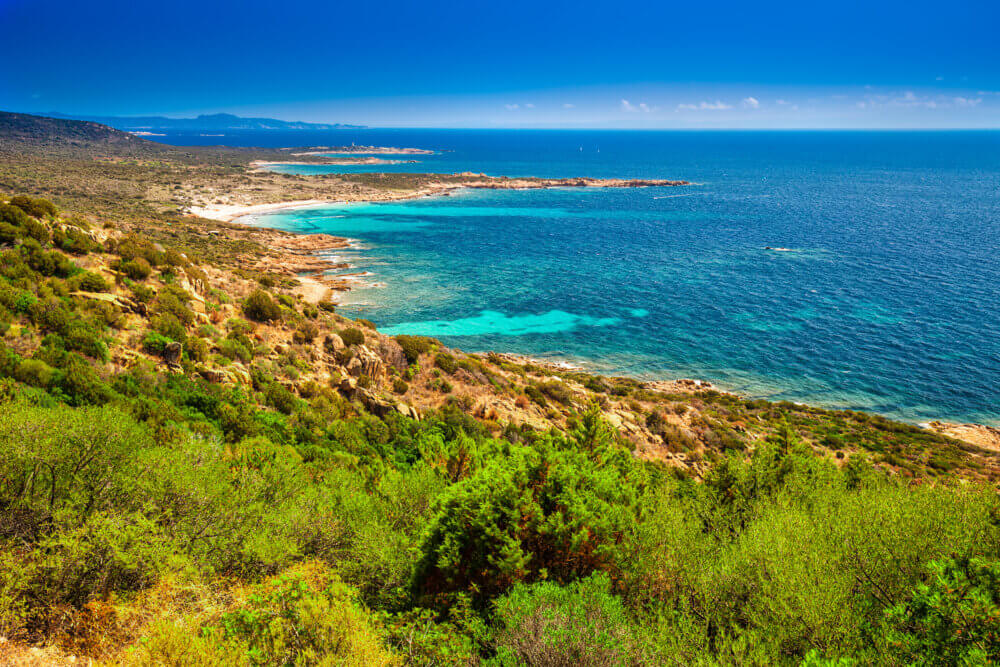 A holiday in France is all about the finer things in life. The French like to take things slowly, which means the utmost care and attention is put into their produce. From the world-class wineries of Bordeaux to the 1,600 distinct French cheeses that are produced throughout the country and the local bakery on every street corner. You can guarantee that French products will put a smile on your face.

The capital, Paris, is home to famous monuments like the Eiffel Tower, the Louvre Museum and Cathedral of Notre Dame. Travel in April to avoid the summer holiday crowds. Jetsetters and socialites congregate in the south of France, in stylish destinations like Saint-Tropez, Cannes and Nice.

Featured property: Apartment Lucas is a gorgeous modern apartment with glorious views of Dubrovnik Old Town and the Adriatic Sea. 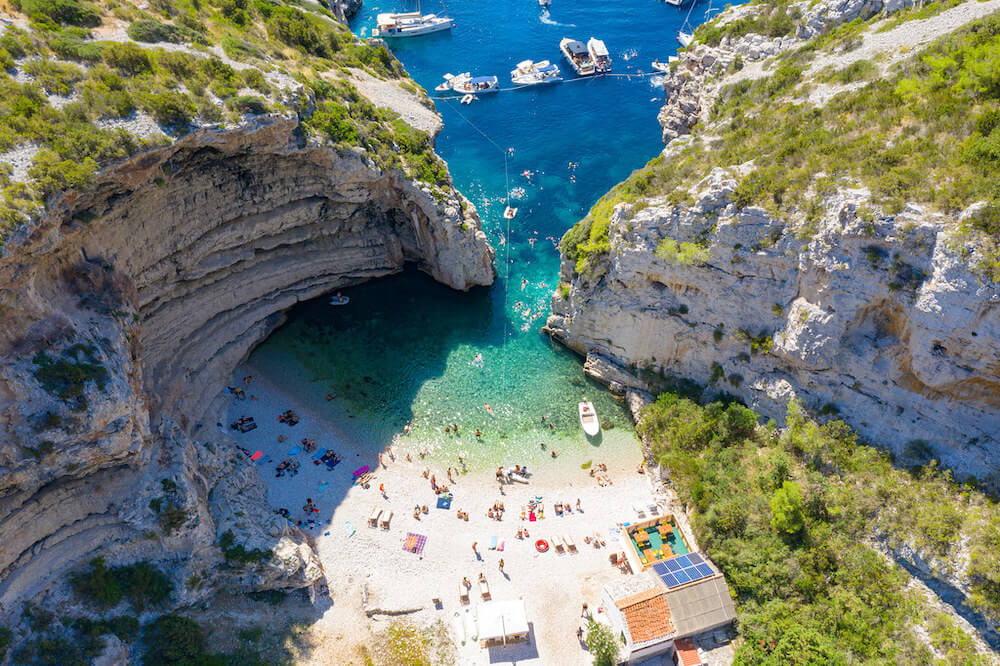 Croatia is a wonderful destination that has grown in popularity in recent years. Visiting in April is advised, as the crowds will not have arrived yet for summer. Travellers love strolling through the ancient walled city of Dubrovnik, gazing at the otherworldly turquoise waterfalls of Plitvice Lakes National Park and visiting the Roman Amphitheatre at Pula.

Boat trips are also popular in Croatia, due to the nation’s sapphire coastline, an abundance of delightful islands and extensive network of ferries. What could beat a sun-drenched voyage around the enchanting islands and islets of the Adriatic?

Featured property: Farmhouse Beatrix is a two-storey sandstone farmhouse with a pool and views over tranquil valleys on the island of Gozo. 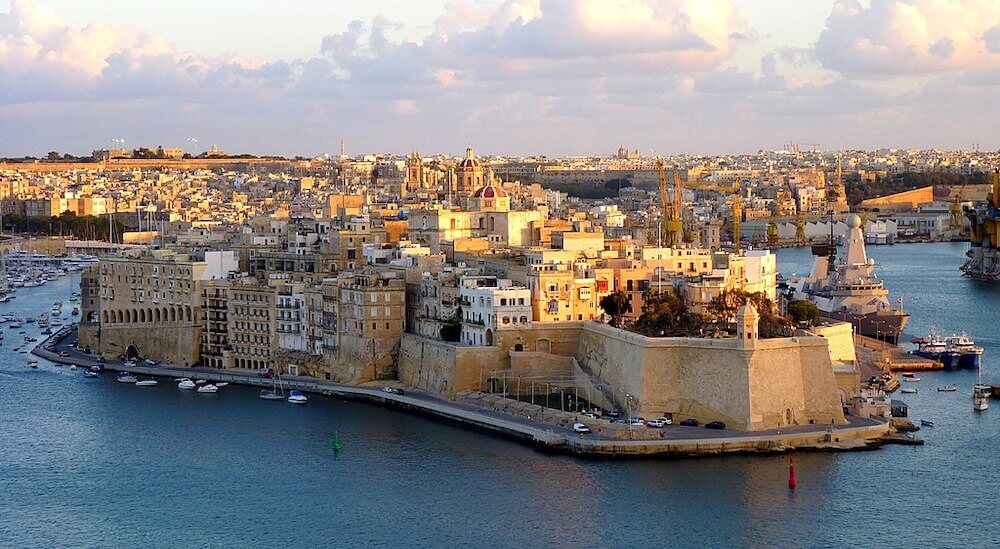 Malta is an ancient island with a rich and varied history. It’s been inhabited since 5900 BC and was home to numerous powerful civilisations, such as the Phoenicians, Romans, Greeks, Arabs, Normans, French and British. Each group left their mark on modern-day cosmopolitan Malta, meaning you’ll find an array of interesting architecture, cuisine and customs.

Bright sunshine and crystal-clear waters make Malta a wonderful diving destination. The Azure Window and the Blue Hole are some of the most sought-after diving spots in Europe. The attraction is situated on the western coast of the Maltese island of Gozo.

Featured property: Christine 1 is a cosy apartment located close to the marina and beach of Kuhlungsborn in the north of Germany. 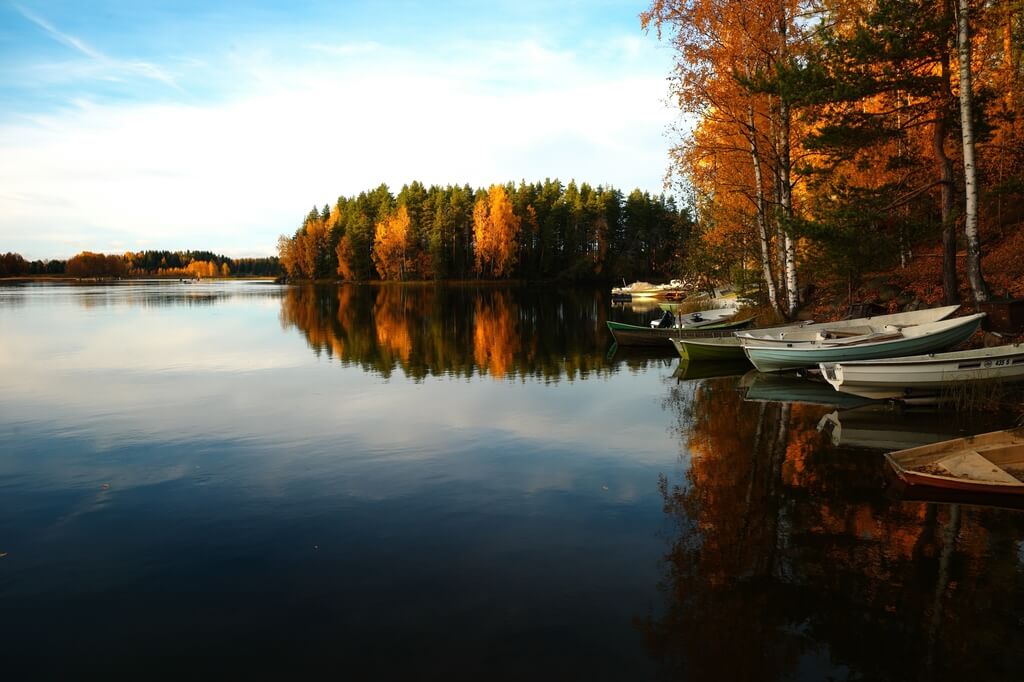 A holiday in Germany could take many forms. Culture vultures and clubbers flock to Berlin throughout the year to take advantage of the city’s infamous nightlife and incredible museum roster. Hikers head to the Bavarian Alps, where fairy-tale castles are perched on vertiginous mountains overlooking alpine lakes. While fans of classical music and Baroque architecture find solace in the cultural city of Dresden.

Frankfurter sausages and delicious home-baked bread is served throughout the country, as are a number of world-class Bavarian Helles beers such as Paulaner, Hofbrau and Augustiner.

Hi, I’m Josh, a passionate traveller who loves seeking out new experiences in unexpected places. I’m happiest when walking in the countryside, dining at delicious restaurants or swimming in the sea. I currently live in Tisbury, where the pubs are stacked with logs beside the fire and the night sky is full of glittering stars.