The city on the bay, Cardiff is a thriving honeypot of capital-city activity. Happily wedged between a sprawling, castle-strewn landscape and swanky waterfront, it has managed to achieve mecca-status for both day-tripping foodies and history-seekers alike. It’s also the eleventh biggest city in the whole of the UK, with one of the largest populations. Propped in a perfectly road-trippable location in the south east corner of Wales, Cardiff is a nifty drive to five of the UK’s most well-loved destinations, with some of the UK’s best cottages being within two hours drive of Cardiff. 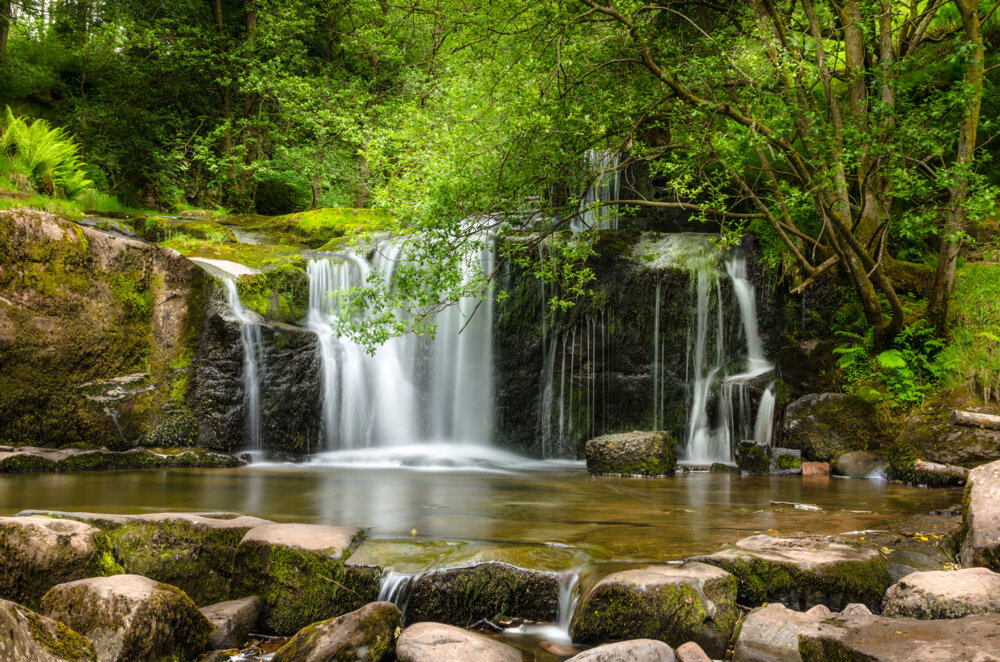 Why visit: The Brecon Beacons: National Park, mountain range, and all-round scenic extravaganza. Just north of Cardiff, this gorgeous spot is unique in more ways than one. In 2012, it became the 5th destination in the world to win the title of International Dark Sky Reserve, and works tirelessly to retain its pollution-free, milky-way magic. Through the curtains of lush woodland, it’s also brimming with magical waterfalls and rapids, beautiful to photograph and fun to explore.

Highlight: Checking out one of the most important cave systems in Europe – the Dan-yr-Ogof is a fantastic place to start your underground adventure.

Trivia: Back in 2005 the Fforest Fawr Geopark was established, the first European Geopark in Wales. The area has been proudly recognised for its scientific quality and spectacular landscapes – the hills and valleys are marked by glaciers from the Ice Ages! 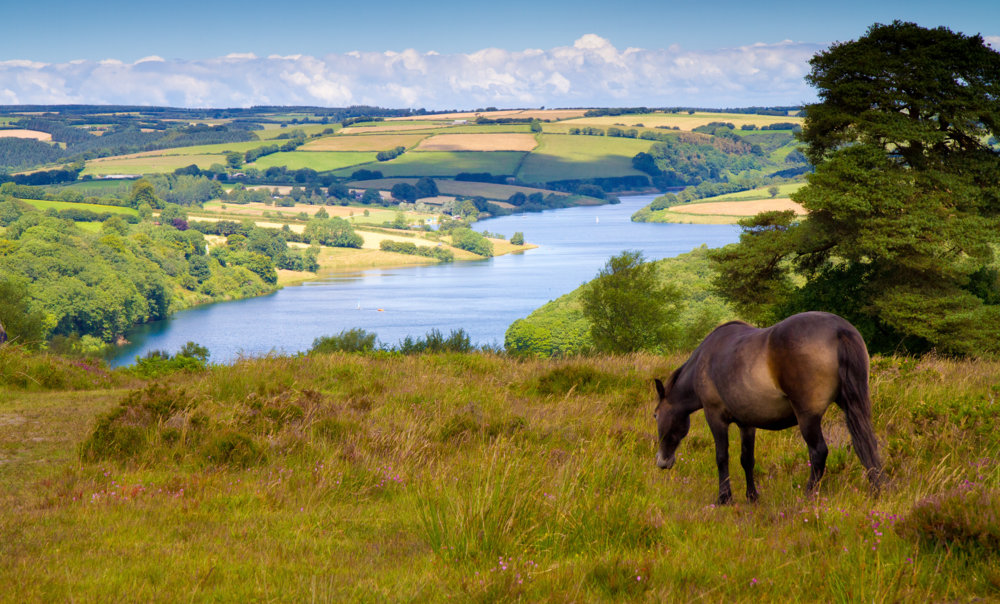 Why visit: Exmoor, yet another glorious National Park within 2 hours drive of Cardiff, has hilly moorland to make you swoon, babbling brooks straight out of the pages of a fairytale, and some of the UK’s finest walking trails in which to wander. It’s also home to a handful of stunning beaches – from the rocky shores of Porlock Bay, to traditional seaside fun at Minehead, and even the turquoise coves of beautiful Combe Martin.

Did you know: It’s all about the trees! At 350m above sea level, Birchcleave Wood is reputed to be the highest beech plantation in England. Exmoor is also home to one Douglas fir that is recorded in the Guinness Book of records (1988) as the “Tallest tree in England”. Plus, on the northern wooded coastal cliffs, you can find endemic whitebeams – a species that exist nowhere else in the world… 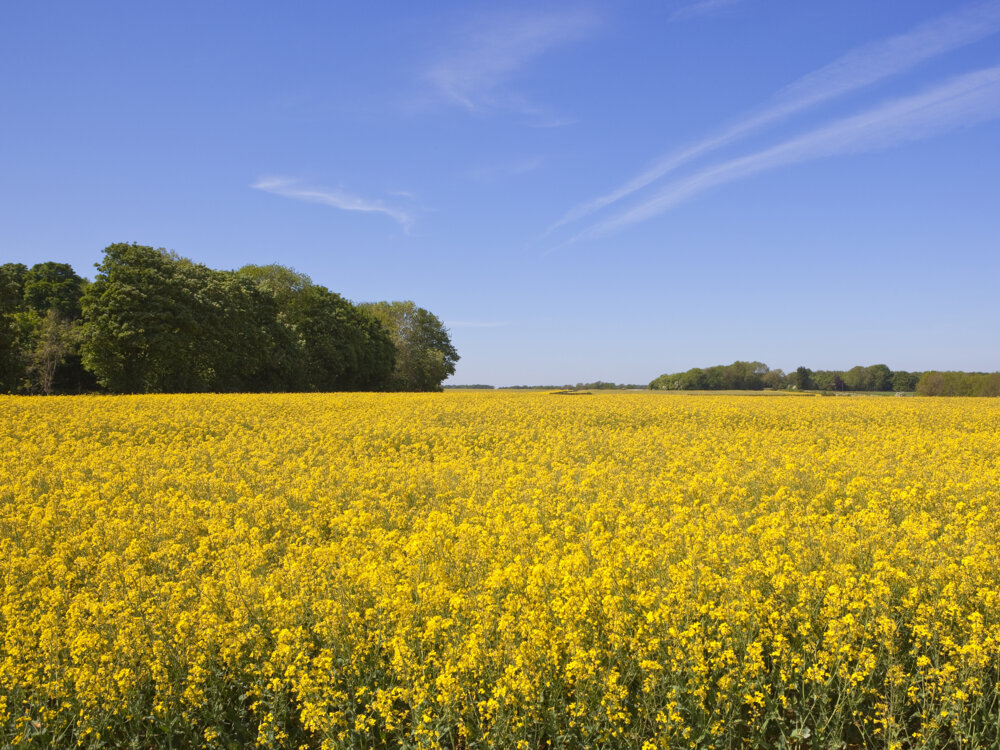 Why visit: The Cotswolds, widely regarded as the modern day slice of quintessential Englishness, is a fabulous short break destination for those in need of pure and peaceful vibes. Home to have-it-all towns (including Snaptrip’s favs, Moreton-in-Marsh and Chipping Camden) and beautiful public gardens (Hidcote Manor is particularly special), it’s also full of quaint tearooms, quiet abbeys and dreamy lakeside scenes.

Highlights: A trip to the Cotswold Distillery, of course!

Did you know: Woodchester Mansion, near Stroud, is a 19th Century Victorian Gothic masterpiece that was mysteriously abandoned mid-construction in 1873. It was saved from dereliction, but will never be completed, and has since featured in a number of TV productions, including the 2006 BBC production of Dracula!

See the best holiday cottages in the Cotswolds 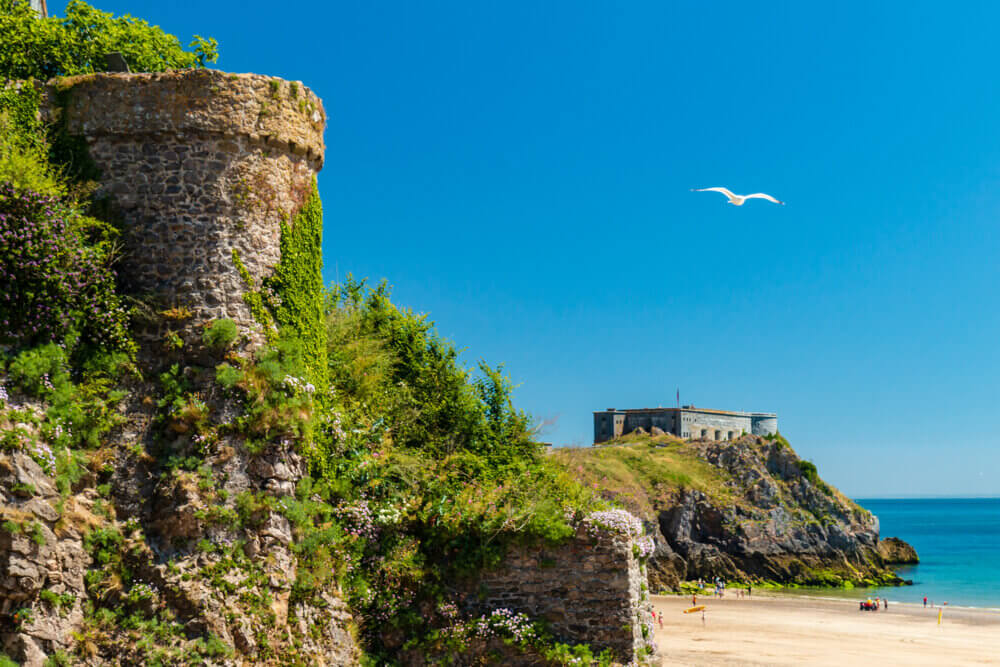 Why visit: Because it’s widely known, that the only thing that makes a National Park better, is a National Park with beaches! And Pembrokeshire is no stranger to a fabulous bit of coastline. From the spectacular horizons at Penllechwen to the dramatic cliffs at Flimston Bay, there’s plenty of exotic landscapes waiting for you in Pembrokeshire. There’s also a hearty dapple of Norman castles, medieval churches and Iron Age Hill Forts to keep the history buffs happy.

Did you know: Actor Russel Crowe once stated his love for the Welsh coastline, saying “I loved Pembrokeshire, it is fantastic. It is very much like the coastal beaches of Australia.” High praise, indeed!

See the best holiday cottages in the Pembrokeshire Coast 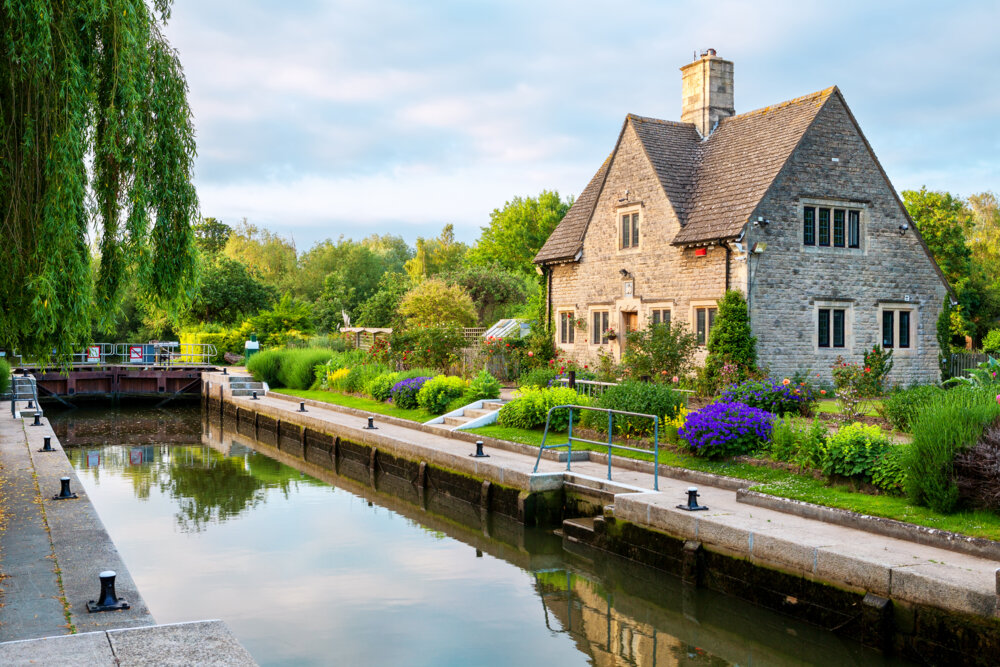 Why visit: The question is, why haven’t you already! Oxford is one of England’s classiest cities, brimming with academic grandeur and historical significance at every pretty turn. Especially beautiful in spring when the blossom comes out to play, Oxford is best known for its University, with Uni campuses dotted around the city in private, photogenic hideaways. And don’t leave without a visit to the gorgeous Botanic Gardens, perfect for an afternoon picnic.

Did you know: Oxford was used for many shooting locations in the Harry Potter movie franchise. There’s even a Harry Potter Trail, meaning you can follow the magical footsteps!

Save 10% off a Go Ape adventure